Since the days have got longer and warmer, have you felt a sense of awakening? If you’ve found a boost of energy, you may wish to try a new activity. How about a new dance?

When we learn or watch a national dance from a different country, we’ll notice that it has a unique set of movements. Each movement flows in time to a distinctive tempo alongside traditional music. Also, a country’s traditional dance can tell us a lot about its culture and history.

We’ve uncovered some of the world’s most well-known and unique dances. First, let’s start in Europe, to learn something about the national dance of Spain…

The national dance of Spain

Flamenco is the national dance of Spain. Led by flamenco dancers, they express over 50 distinctive types of flamenco dances. They do so through personal improvisation. This includes dancing, singing, playing an instrument, and their expressions. The role of the dancer is to physically interpret the lyrics of a song in their own way – flamenco is an art.

Flamenco dancing originates from different cultures that immigrated to Southern Spain from the 9th century. After arriving, they lived in Andalusia and danced together for centuries. Their influences were Jewish, Arab, Christian, Roman, Greek, and Moorish. Plus, gypsy cultures from India, Iran, and Egypt. These influences mixed with Andalusia’s traditional dances created flamenco dancing.

Today, Spain is a country with cultural diversity because of the origins of flamenco. Each flamenco dance is full of folkloric music traditions from southern Spain alongside traditions from many cultures. In reflection, we can each find something to relate to when watching flamenco dancing. 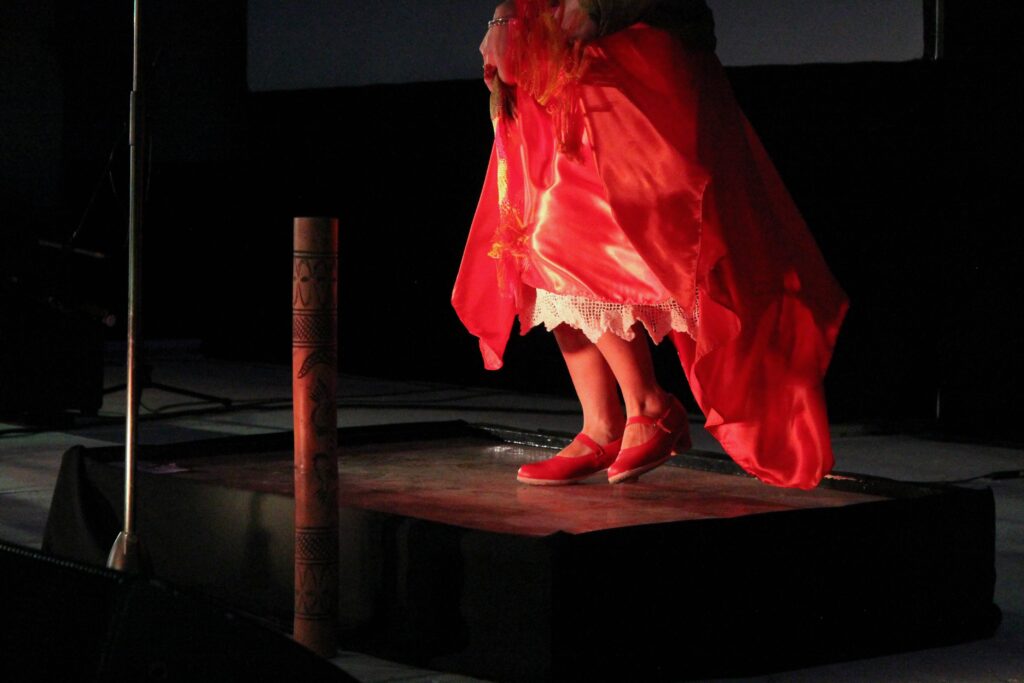 See the national dance of Mexico

Mexico has more than one traditional dance. However, the national dance of Mexico is the Jarabe Tapatio. It’s a dance for couples, full of flirtation and romantic courtship. Jarabe melodies stem from popular traditional melodies, accompanied by a joyful mariachi band. Also, the dance incorporates a sombrero, which the couple’s heads will hide behind at the end. So, it’s fondly known as the Mexican hat dance. The Jarabe Tapatio was derived in central and southern Mexico, during Spanish colonial times. In turn, Spanish music and dances, (such as the seguidillas), inspired the Mexicans and the Jarabe Tapatio was born in Jalisco. Also, Jalisco is the birthplace of mariachi bands.

In 1920, the Jarabe Tapatio became the national dance of Mexico to unite the country. It reflects Mexico’s national identity, which stems from post-revolutionary efforts. Full of vivid colour, charm, and grace the dance captures the hearts of people watching. While Mexicans use it as an expression to showcase who they are.  In essence, the Jarabe Tapatio is an example of Mexican folk art, which celebrates Mexican culture and traditions.

Today, you can watch the dance performed by Mexican Folkloric dances throughout Mexico. Also, you can see the Jarabe Tapatío performed in South Texas. Here, many Mexicans live and Mexican folklorico groups exist. Each group performs the Jarabe Tapatío at civic or community events on Mexican patriotic holidays. Why not visit Texas for Mexican Independence Day on the 16th of September to see the dance for yourself? 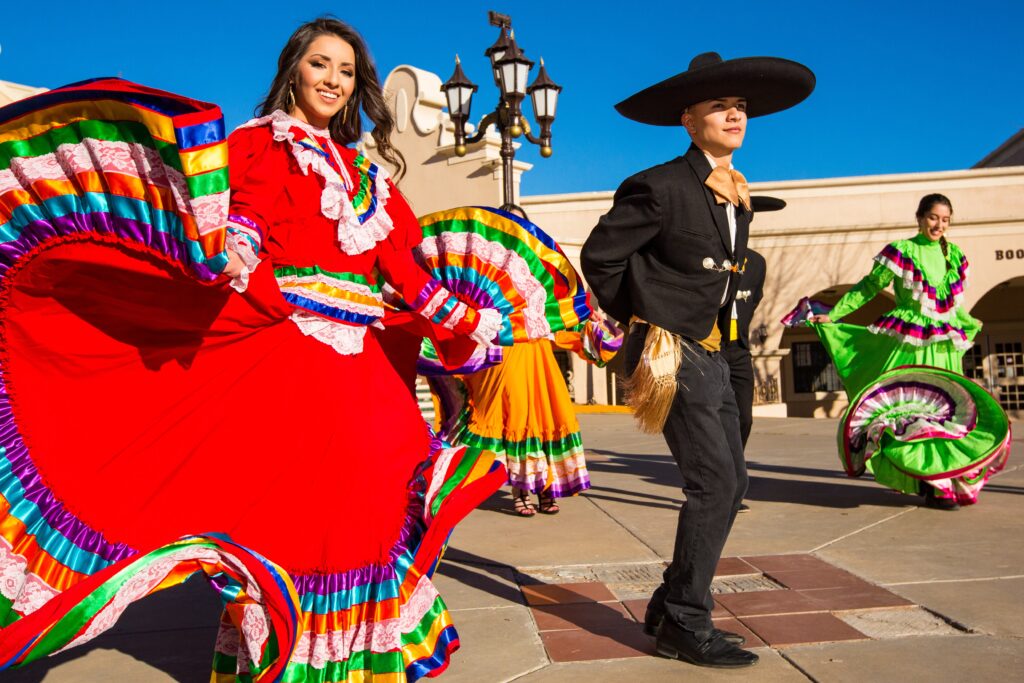 Although France is famous for developing ballet, it’s the branle (or brawl) that is its most ancient, national dance. It’s a chain dance, where couples in groups, link hands/arms to form a ring or chain. Together, they move in a gradual progression, to the left in a circle, while the sounds of bagpipes, pipes, and tambourines play. This dance first appeared in the 12th century in the west and north of France. Later, it was adopted by European aristocrats.

The bourrée is a traditional French dance that derives from the branle. It was created by peasants in the mid-16th century in the city of Clermont-Ferrand, within the Auvergne region. A bourrée resembles a gavotte (type of branle) and there are many varieties. Whatever the variety, each one is an abstract musical piece. They have quick, skipping steps in fast duple time, where dancers wear wooden clogs.

Both the bourrée and the branle reflect the cultural diversity of France. This is due to their different varieties, which stem from distinctive folk cultures. Each existed throughout France from the 12th-16th century. To watch a bourrée performance, visit the mountains of the Massif Central. These include the towns of Auvergne, Limousin, Velay, Rovergne, the Central Provinces of Berry, Bourbonnais, and Marche. Also, you can see the branles in Normandy, the Vendeen Marais or Fenlands, Gascony, Bearn, and Provence. 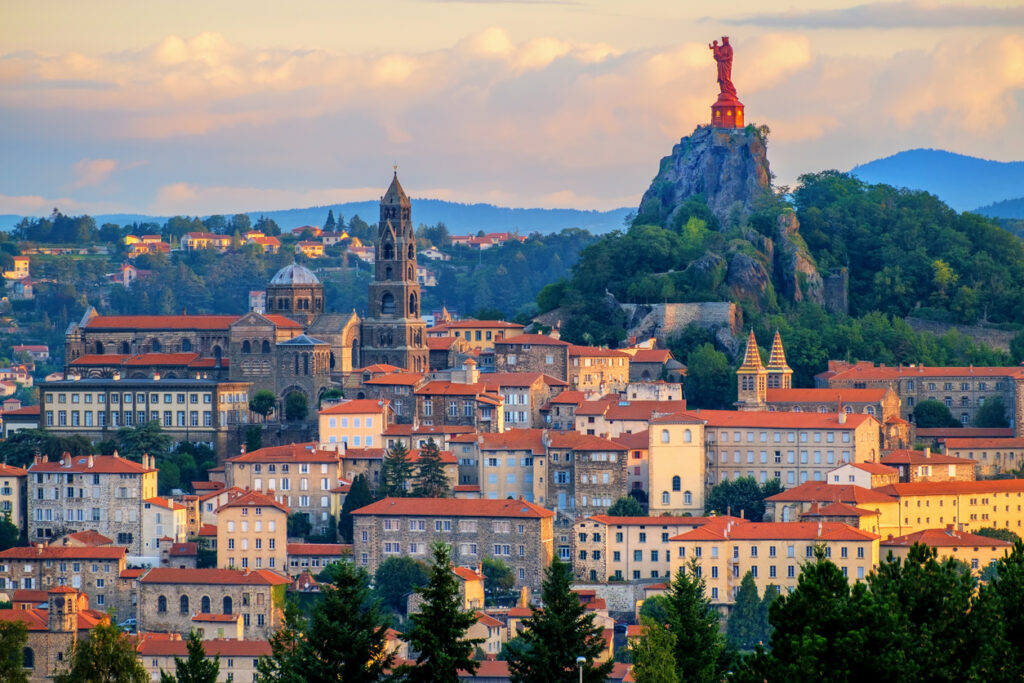 Known for maple syrup and ice hockey, you wouldn’t think that Canada would have a traditional dance. So, we thought we’d surprise you!  The red river jig was Canada’s first traditional dance. It originated in Northern and Western Canada and is a fiddle tune and dance. In the 17th century, it was performed by the First Nations and Métis peoples (Canadian Métis), who lived in the Red River area. These people were French and Scottish fur traders, as well as Aboriginal women. They had their own unique culture, identity, and heritage. The red river gig represents their heritage. It’s a combination of First Nations dancing, Scottish and French-Canadian step-dancing, reel jig, and quadrille steps.

Also, the dance can tell us about the early history of Alberta. In Alberta, this fiddle dance often took place at social gatherings. Then during the early fur trade system, it was a negotiating tool used between chief factors and fur trade clerks. The dancers would compete to demonstrate the quickest and most complicated footwork.

Today, the national dance of Canada is the Canadian Step Dance found in Ontario. Similar to the red river jig it’s a mix of tap dancing alongside French-Canadian dancing with Scottish influences. However, Métis culture hasn’t been forgotten. The red river gig continues to be a heritage performance. Travel to heritage events across the Métis Nation Homeland. The Métis Homeland includes the three Prairie Provinces (Manitoba, Saskatchewan, and Alberta). Plus, parts of Ontario, British Columbia, the Northwest Territories, and the Northern United States. 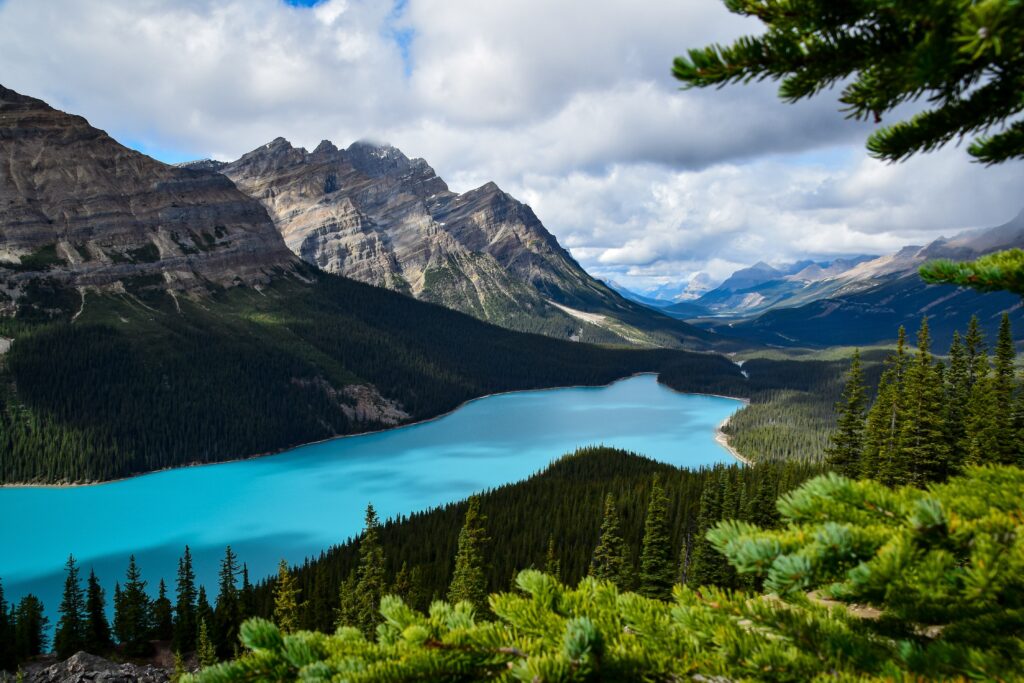 The origins of Japan’s most traditional dances are derived from Kabuki. Kabuki is a form of play – or ‘dance drama’ – which appeared during Japan’s Edo period (1603 – 1867). Each one is a collection of delicate, detailed movements with a stylised pattern. They’re always performed by elaborately made-up and costumed dancers, who specialise in the Kabuki style. Throughout a performance, you’ll experience highly stylised music, miming, singing and acting in spectacular costumes, upon fascinating stages.

Kabuki is an often grandiose performance depicting big themes. In saying that, it is often regarded as a vehicle for the performers to demonstrate advanced visual and vocal performance skills. So you can be guaranteed a great show, even if you don’t quite follow everything that is going on! It is an interactive performance, with actors often pausing to address their audience directly. Much like pantomimes in the UK, there are usually template responses – so if you like to be involved this one could be a lot of fun!

A famous kabuki to look out for is “Kyoganoko Musume Dojoji” (The Girl at Dojoji Temple). To watch kabuki today, visit selected theatres across Japan in Tokyo, Kyoto, Osaka, or Fukuoka. 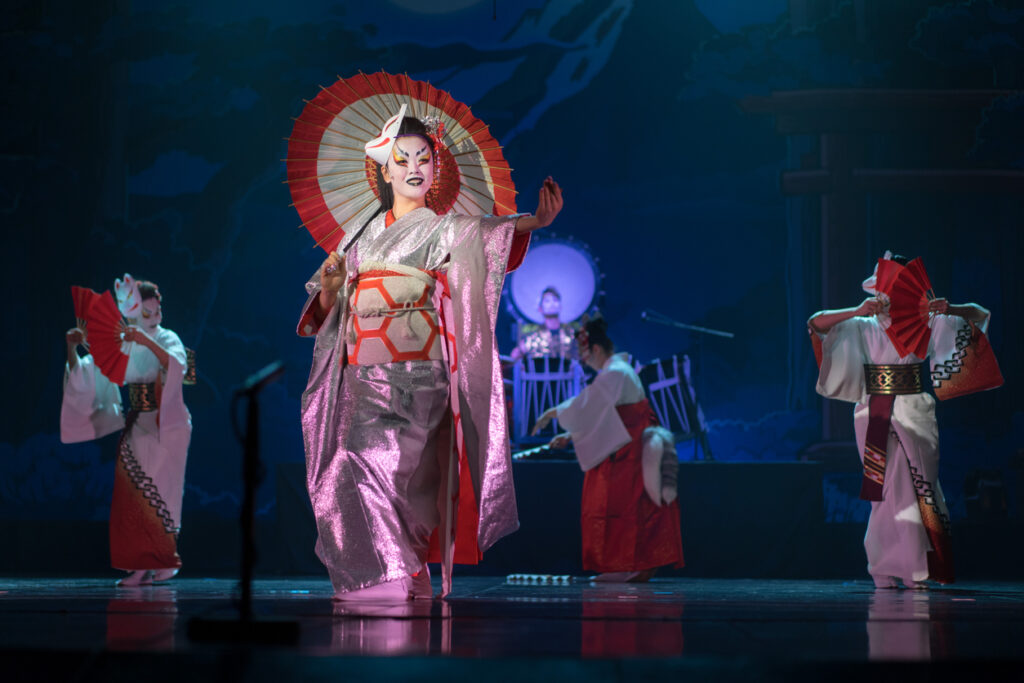 Which of these national dances would you like to learn or watch? We hope we’ve inspired you to do something new. Also, we can give you the freedom to do so with a Free Spirit travel insurance policy because dancing is one of 100 activities included for free. Just choose your preferred level of cover and you’ll soon be ready to go on a new journey of discovery.

To remember some of these national dances you can see and experience around the world download our infographic.