Filming locations that appear in blockbusters are appearing on many people’s bucket lists. If you visit the cinema – to escape – do you develop a sense of wanderlust to visit ?

Maybe there’s a setting, the perfect backdrop to one of your favourite films, which you’ve always wanted to visit? However, you weren’t sure where it was – or what else you could experience there. With these thoughts and questions in mind, we wanted to ask the Free Spirit team.

Below they’ve shared some desirable filming locations from their favourite films which they’d like to visit. After scanning them will you be adding one to your bucket list?

The Croatian and Greek Islands seen in Mamma Mia!

The top filming locations the team choose were Greece and Croatia. Their favourite film set there was “Mamma Mia!” and its sequel “Mamma Mia! Here We Go Again”. Both films were shot across the Greek islands of Skiathos and Skopelos, as well as Damouchari – north of Athens. Plus, Croatia’s remote island of Vis.

Vis is 35 miles west of Croatia’s mainland and was a military base until the 1980s. This “off-the-beaten-track” destination can be visited by ferry from Split. You’ll find more frequent ferry crossings between Skiathos and Skopelos. Skopelos is a laid-back island. While in its sister Skiathos you can find a clutch of places to dance until dawn.

Damouchari may be the key place you wish to visit to connect with your favourite characters. Here, you’ll find the Mamma Mia village situated on mountain Pelion, coupled with a beautiful beach.

To explore all the Greek islands mentioned above, you will need to plan ahead. Read this blog for some pointers. 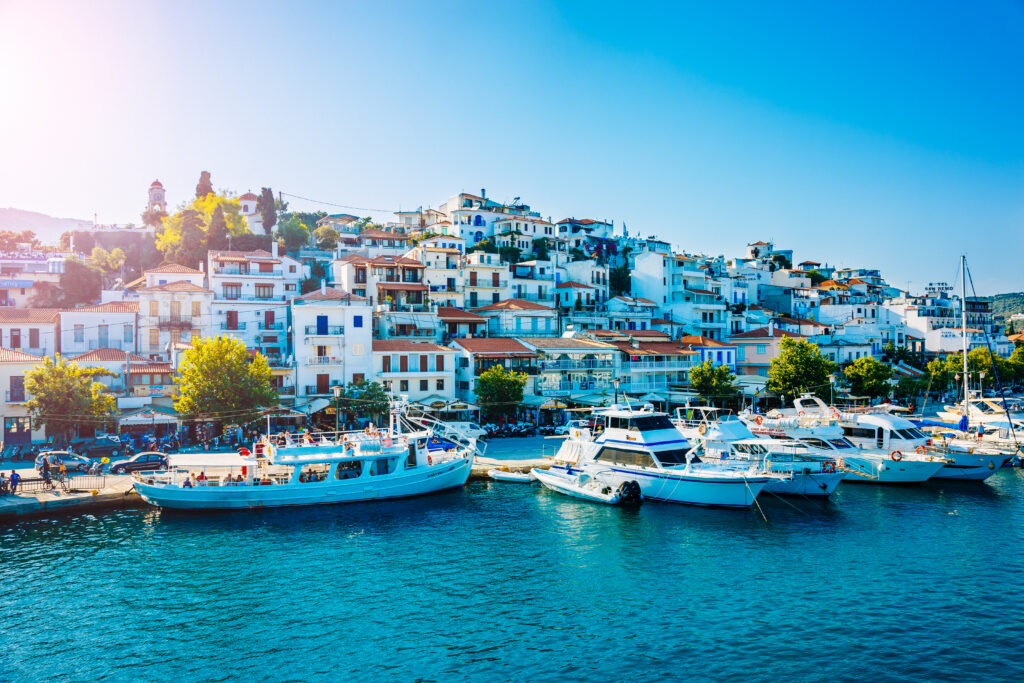 The Mamanuca Islands, Fiji – Cast Away

Sometimes we wish to escape to a desert island for some peace and quiet. However, working out how to survive on a deserted island alone would be a different kind of break. In Cast Away, Tom Hanks shows us how challenging this could be on the deserted filming location of Modriki (also called Monuriki Island).

This inhabited island is situated within the Pacific Ocean and is part of the Fijian Mamanuca islands. Today, the volcanic and tropical archipelago is still an alluring escape. Home to rainforest, sandy beaches and coconut palms it’s possible to transport ourselves safely here. Reached by flying to Fiji’s Nadi International Airport (via Los Angles). Then from Port Denarau by ferry or catamaran. To see all the islands above the clouds, fly via helicopter to a relaxing resort.

The closest country to Fiji is Australia, which is another destination home to many magnificent filming locations. These include Kakadu National Park, in Northern Territory outside Darwin, where Crocodile Dundee was filmed. However, a film that showcases more of Australia’s character is ‘Australia’ the film. 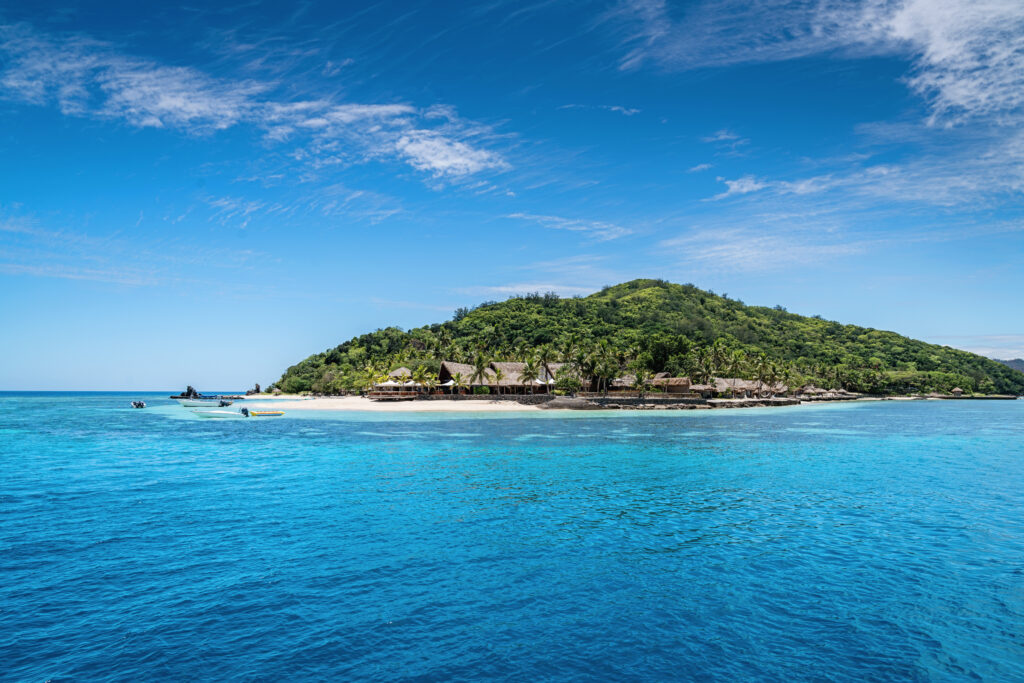 Australia is an adventure film, starring Nicole Kidman and Hugh Jackman. It’s shot across four states and territories – Western Australia, the Northern Territory, Queensland, and New South Wales. Plan a carefree train holiday from Sydney in New South Wales if you’d like to see each state during one trip. Then watch the landscape change at your leisure.

In Australia the film locations you can visit include: 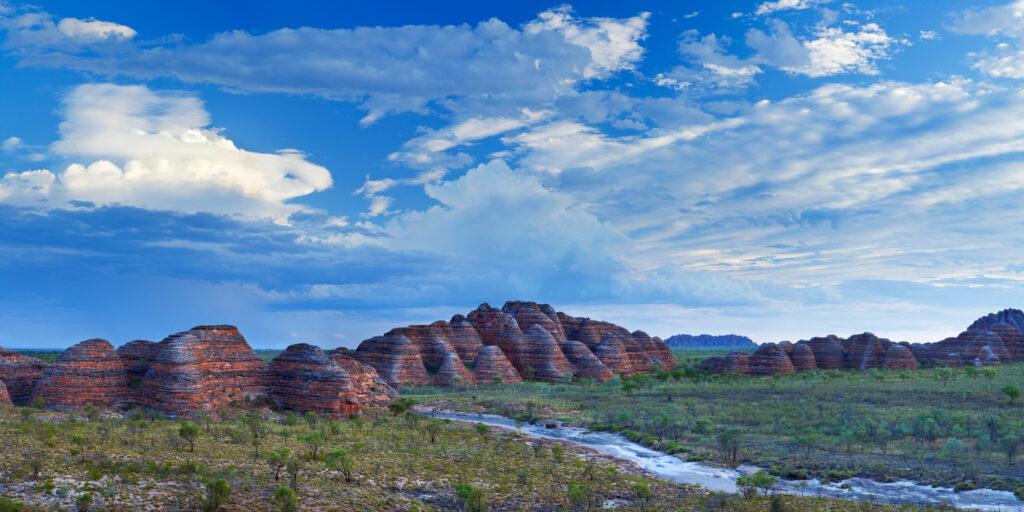 Salzburg, Austria – The Sound of Music

A film that usually appears on television between Christmas and New Year is The Sound of Music. If you’ve watched the film more times than you care to count, perhaps it is time to to walk through the stunning film locations.

Salzburg has many Sound of Music Tours, to experience the sights and filming locations for yourself. One extensive tour gives you the chance to admire not just the filming locations but to learn facts about Austria’s culture and attractions too.

Here are some of the filming locations you can visit on tour:

To visit the beautiful Basilika St Michael, where Maria and the Baron got married head 15 miles east of Salzburg to find the tourist town of Mondsee. Mondsee is a lakeside town and an attractive destination for hiking. While Basilika continues to be the cultural and spiritual heart of the region. 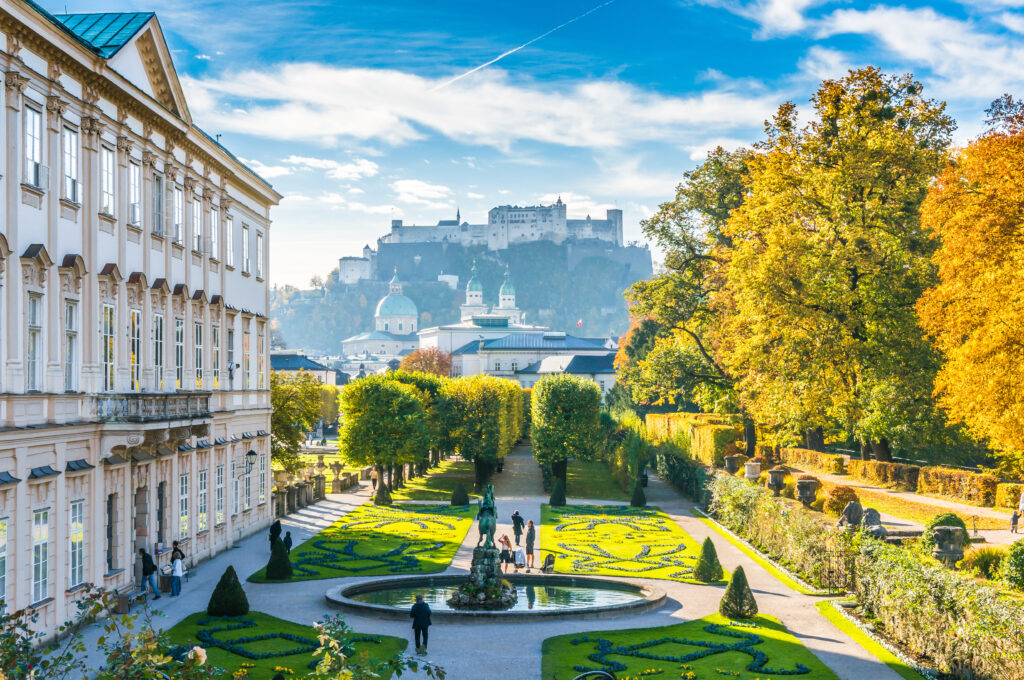 The Lake District – The Tales of Beatrix Potter

Did you grow up listening to the tales of Beatrix Potter – which include Peter Rabbit? If you wish to see the inspiration and backdrop behind the stories, you won’t need to travel far. Just book a short break in the Lake District. Stay at Lindeth Howe near Lake Windermere – once home to Potter- and you’ll find her farm, books, and film locations close by. There are several tours available too.

Hill Top Farm holds afternoon tours where you can visit the medieval village of Hawkshead and Hill Top Gardens. After afternoon tea in Hawkshead see the inspiration behind Potter’s illustrations, such as Jonny Town-Mouse. Also, this is where you can admire all of Potter’s artwork at the Beatrix Potter Gallery.

The “Tale of Peter Rabbit” film, as well as the Lake District becoming a UNESCO World Heritage Site has seen the park grow in popularity. So, make sure you book accommodation and any tours ahead of time, as well as your travel insurance. 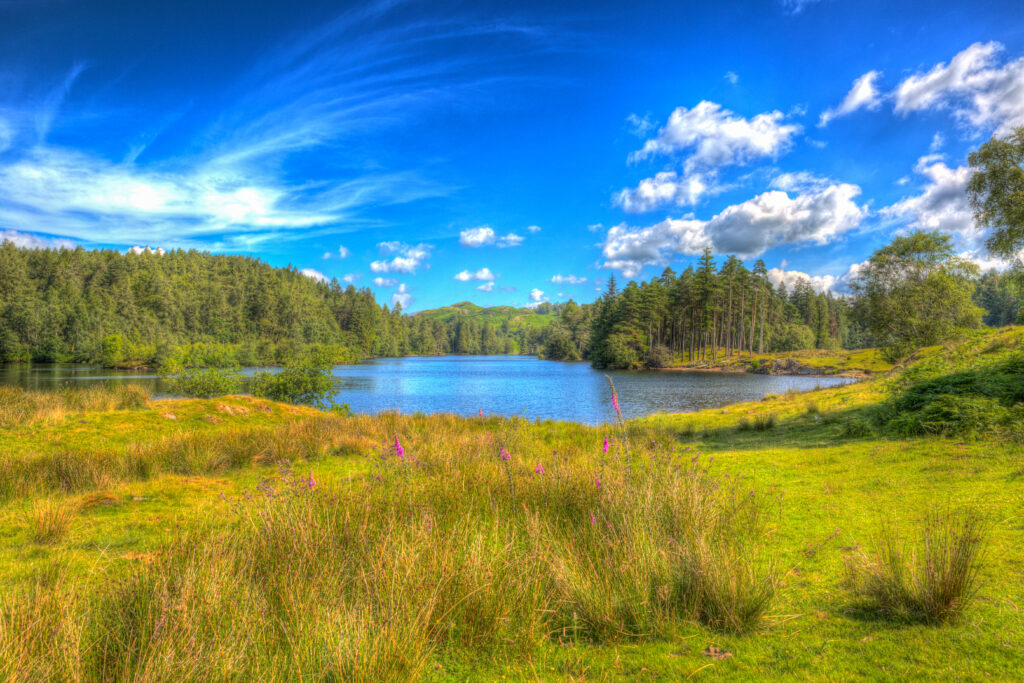 Has our team inspired you to visit one of these fantastic filming locations for a holiday? From middle England to Western Australia, there’s a desirable film location hidden in some of the most exciting countries around the world.

If you choose to visit filming locations close to home, remember that a Free Spirit annual multi-trip policy includes cover for UK trips.  However, if you wish to explore a filming location outside the UK, take Free Spirit Travel Insurance. You’ll be covered for cancellation, repatriation, and more. So, travel with peace of mind!