The Rugby World Cup kicked off on 20th September. It has created special moments, incredible scenes and some sad farewells in the last month.

Now it looks like there is a good chance that one of the home nations could make it all the way to the final in Tokyo, on the 2nd of November and there may be some who can’t resist the temptation of heading over to experience first-hand what could turn out to be some historic moments.

This is the first time the tournament has been played in Asia and may be the first exposure to Japanese culture for many spectators. In this article, we have put together a ‘tourists’ checklist to help you familiarise yourself with the local laws and culture, if you intend to visit Japan for the rugby or the 2020 Olympics.

Travelling to Japan for the Rugby World Cup

As you can imagine, there has been an increased demand on flights, public transport and hotels, before and during the competition. It is, however, best practice to book in advance to secure your accommodation. 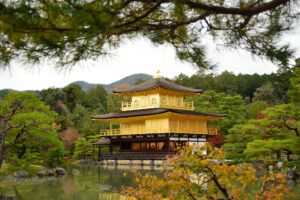 Some areas of Japan have fewer options than other countries when booking temporary accommodation. One option is to stay in a Ryokan. A Ryokan is a Japanese-style inn that normally features a futon and traditional flooring to sleep on, which is an important part of Japanese history and a great way to experience a little culture. They can also include an onsen (Japanese, natural hot-springs), which provide a wonderful way to help you relax your body. Bear in mind that some onsen will not accept customers with tattoos. We’ll cover tattoos in some more detail below.

Capsule hotels (known as pod hotels here in the UK) are a popular, budget-friendly option. Made up of tiny rooms, they are a simple solution if you need urgent accommodation to rest. These hotels are often non-mixed.

Also, if you have opted for an Airbnb or similar company before, in Japan they are not a reliable source of accommodation, due to Japan’s strict home-sharing regulations.

Tattoos in Japan were traditionally a sign of yakuza membership (signifying a link to an organised crime group). Although tattoos are common in the western world, in Japanese society, there is still some prejudice against them. As a foreign tourist, there will be less expectation to conform to this, so don’t worry too much. Just be aware that your body art may attract some negative attention. It’s also important to remember that due to Japan’ s rigid rules, you might be required to cover your tattoos when visiting public pools or baths. On balance, some places will be stricter than others.

Medication to take on holiday.

Japan has a zero-tolerance policy to drugs. So if you are caught with them you can expect to receive a lengthy jail sentence. It is safe to conclude that anything recreational is out of the question. If you are planning to take prescription drugs with you, there are some listed below, which will have to be considered carefully.

Hallucinogenic, narcotic, or psychotropic drugs are disallowed in Japan unless there are very special circumstances, in which case prior approval is 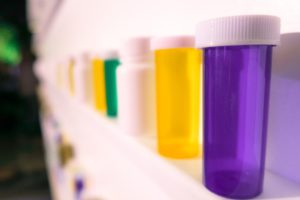 required. You will need written confirmation from your GP, with reasons stating why you are being prescribed your medication. For all other prescribed medication (excluding injections), you can take up to one month’s supply, without written consent. However, if you do need to take a bigger supply or you administer your medication via injection, you will need to apply for a Yakkan Shoumei, which is similar to an import certificate.

Above all, do double-check with your GP before leaving home.

As Japan is predominantly a cash-based society, some places only accept cash, so always check beforehand. Most places should accept major credit cards. When paying, do not hand your money directly to the waiter/cashier. Instead, there will be little trays on your table. Always use these when provided to place your cash upon. 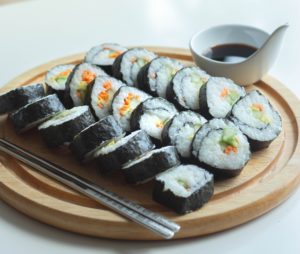 Japan is known for its attention to etiquette, so here are a few rules to equip you when out in public:

When resting your chopsticks, lay them on the rest provided or out flat across your bowl. Never leave them poking up and out of the bowl. When passing food, use the back end of your chopsticks to scrape onto another’s plate. Do not pass food from chopsticks to chopsticks. These rituals are associated with funerals and are considered disrespectful.

Don’t use seats reserved for the disabled, elderly, pregnant women or those with small children. Japanese women often carry unborn children a lot more discreetly and also wear pink tags to signify their entitlement, so keep an eye out for these. Try to give up your seat for someone if they require it more than you.

Eating and Drinking While Walking

Food and drink are not permitted on public transport and eating and drinking while walking is also frowned upon. You will normally see locals walking with their takeout bags to eat somewhere later on, or they will drink close to vending machines before walking away.

Tipping is almost non-existent in Japanese culture. Therefore, when you are in a restaurant, bar or hotel don’t feel obliged to do so. 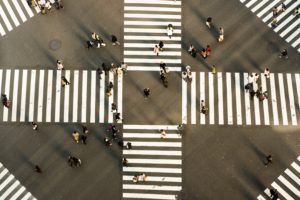 Being loud or boisterous is disrespectful behaviour. It is also considered bad manners to talk on mobile phones while on public transport. Always remember to switch your phone to silent when travelling around. You may notice that the Japanese speak quietly to one another when in public, so follow best practice and do the same. If you do plan to take a mobile or a gadget with you while in Japan, gadget cover is available.

Following Japanese customs can be a little overwhelming but the Japanese are warm and welcoming people. As tourists, we are not expected to be aware of all of their unspoken rules which govern the way they live. Hopefully, the pointers above have reassured you. Just remember, you are there to enjoy the sport and visit a fascinating country to experience their culture. Any errors you make will be forgiven. So relax and enjoy!

For more up-to-date information, when travelling to Japan for the rugby world cup, subscribe to Gov.UK’s travel advice email here or for further information click here.

Who will win? There’s only one way to find out…